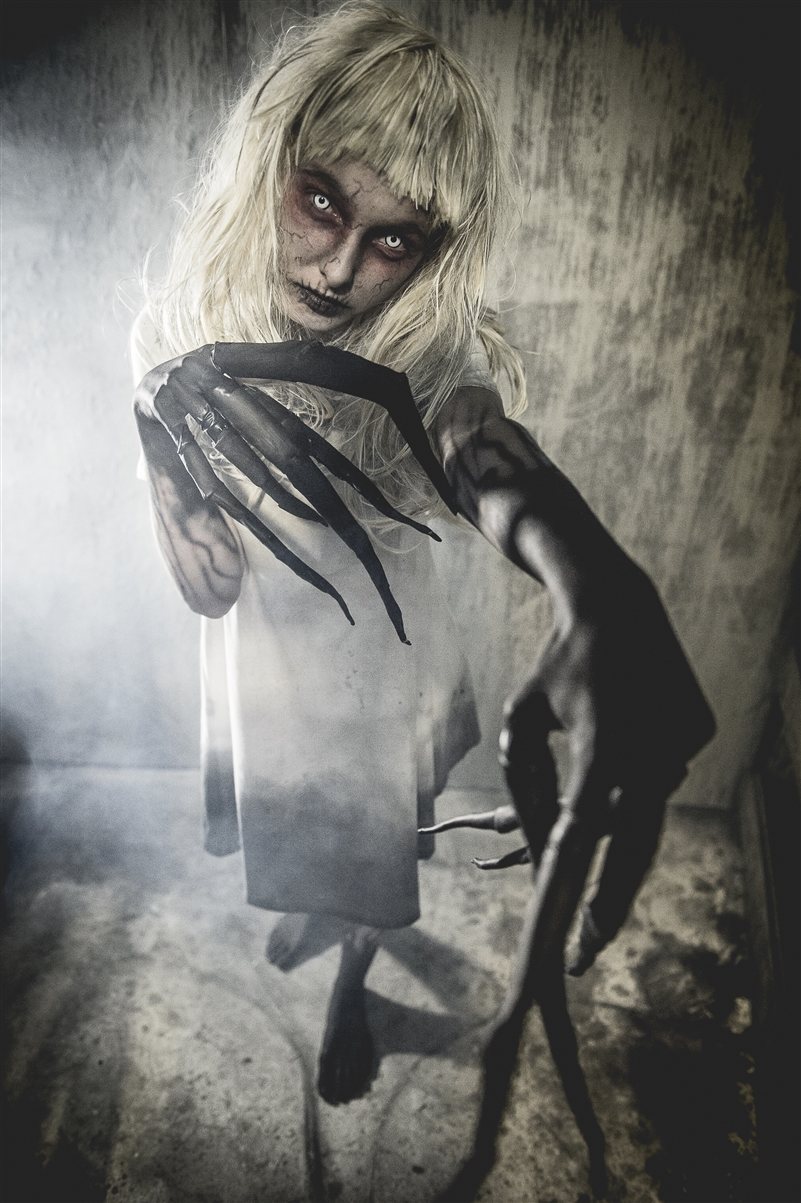 For its third Halloween Season, Midnight Terror Haunted House has relocated to a mammoth new site in Oak Lawn. When it comes to Halloween scares, the bigger the better. Visitors that come by the new location Oak Lawn's first ever commercial haunted attraction can expect a great value: two brand new haunted houses for the price of one at a prime indoor location that offers more than four times the space, along with a walk-through duration that is about three times longer than last year's.

Justin Cerniuk, Oak Lawn native and Midnight Terror creator/co-owner, wasn't completely content with the size or expansion potential of the previous location in the village. The 6,000 square-foot Beatty Lumber warehouse property hosted the haunt in 2014 and 2015 but was razed over the summer. He and Maciej Kulawiak and Robert Page, co-owners of Midnight Terror, found the perfect digs in which to dig up the undead and expand Cerniuk's nightmare vision: a former fabrics factory at 5520 W. 111th St., only 3.3 miles south of the old Midnight Terror location - boasting 26,000 square feet.

“We hit the mother load when we found this warehouse, which offers so much more room than our previous site,” says Cerniuk, an ex-Marine who served in Iraq and Afghanistan during combat operations there. “I’ve always dreamed of staging a really large, immersive haunted attraction. Now I can –one with a completely unique mythology, wide cast of characters,and ultra-detailed sets and props that combine to create an unforgettably frightening experience. This is going to be above and beyond any other paid haunted house you’ve ever visited. 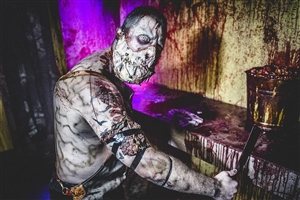 ”For those who dare to pass beyond Midnight Terror’s portals, here’s the inventive setup fiendishly concocted by Cerniuk and his skeleton crew: The small provincial settlement of Black Oak Grove(in reality the earliest known moniker for what eventually became the village of Oak Lawn) has become Ground Zero for a battle between the forces of good and evil. The once-thriving community has turned into a hellish landscape populated by Stalkers and FearCorps monstrosities lurking around every corner. The only path forward requires following the mark of Willow, a wraith-like female entity searching restlessly for her disappeared father, a factory owner named Sledge. Those who survive the horror of Black Oak Grove must venture through the Factory of Malum, named after the demonic overlord who has enslaved Sledge and his minions within an industrial labyrinth that manufactures your worst fears.

To make these demonic visions come to life, Cerniuk had to start from scratch. So he created a fresh and original story line driven by an ensemble cast of creatures–each with its own personality, devilishly detailed design,and custom costume. (The story arc is detailed within Willow’s diary entries and brief webisode video segments posted at midnightterror.com.) The reinvented haunt’s maze like walls were intricately hand-fabricated. Additionally, every nook and cranny along the maze was enhanced with elaborate props, set pieces and fright furniture. They add awe-inspiring color, texture, depth and realism to the environment and make for distinctively themed rooms, passageways and scare stations.

“The level of fine detail in the architecture, wallscapes, props, costumes and makeup, combined with our carefully timed scares and surprises, is impressive. It’s totally unlike any other haunted house,” says Cerniuk, who this year expects to well exceed the 15,000 visitors who attended Midnight Terror in 2015. “For example, we’ve created an enormous replica of an old town main street, featuring a butcher shop, school, library, jail, and mechanic shop, plus a 13-foot high waterfall.” 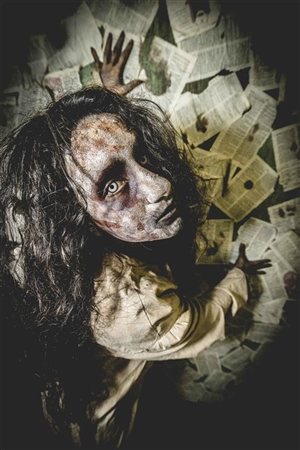 The 2016 version of Midnight Terror Highlights include:

Attendees can also take advantage of valuable promotions, such as:

Cerniuk is also excited about off-season possibilities at the new location. “Beginning early next year, we plan to offer laser tag in the same space as well as bookings for private parties,” he says.